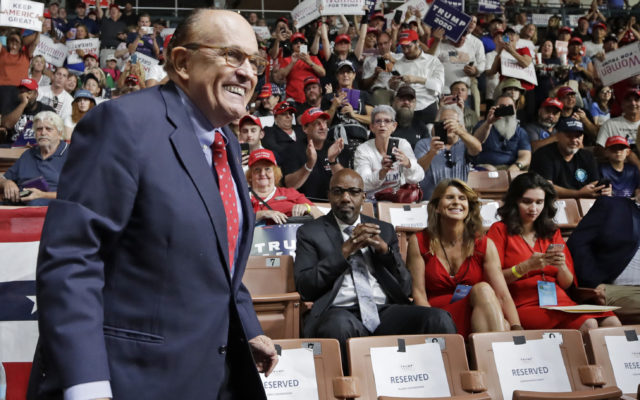 NEW YORK (AP) — Prosecutors say they properly seized electronic items that a Florida man tried to send to his lawyers after he was charged with conspiring with associates of Rudy Giuliani to make illegal campaign contributions. The prosecutors filed arguments Monday in Manhattan federal court as they defended their actions in the case against David Correia. Prosecutors say they learned Correia was sending the materials when his lawyers revealed to an FBI employee that he had left his passport at a package delivery office. Correia claims the materials are protected by attorney-client privilege. The West Palm Beach, Florida, man has pleaded not guilty to arranging illegal contributions to politicians to aid their political and business interests.