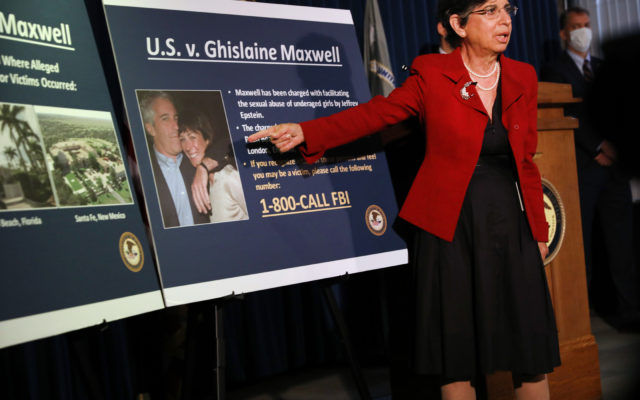 By LARRY NEUMEISTER Associated Press
NEW YORK (AP) — Prosecutors want a judge to reject a third quest for bail by a British socialite charged with soliciting teenage girls for financier Jeffrey Epstein to sexually abuse. Prosecutors said in a court filing late Tuesday that there are multiple reasons to deny Ghislaine Maxwell’s latest effort at bail before her July trial. Last month, the 59-year-old Maxwell argued through lawyers that bail should be granted because she’s offered to renounce her citizenship in England and France. She also said her lawyers had recently shown that evidence against her was weak. Maxwell, held without bail since her July arrest, has pleaded not guilty. Epstein killed himself in a Manhattan federal jail in August 2019 as he awaited trial on sex trafficking charges.