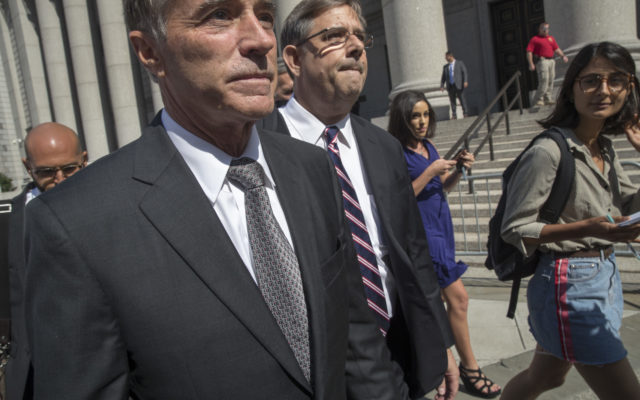 NEW YORK (AP) – Prosecutors say a former U.S. congressman should serve nearly five years in prison for feeding inside information about a biotechnology company to his son. Christopher Collins is scheduled to be sentenced on Friday in Manhattan federal court. The 69-year-old Republican pleaded guilty in October to conspiracy to commit securities fraud and lying to law enforcement officials. His lawyers say he should face no time behind bars. They say he is humbled, penitent and remorseful. Collins pleaded guilty after he was charged with leaking information about a biopharmaceutical company, so his son and friends could avoid stock losses before an announcement of a drug trial failure caused the stock price to plunge.