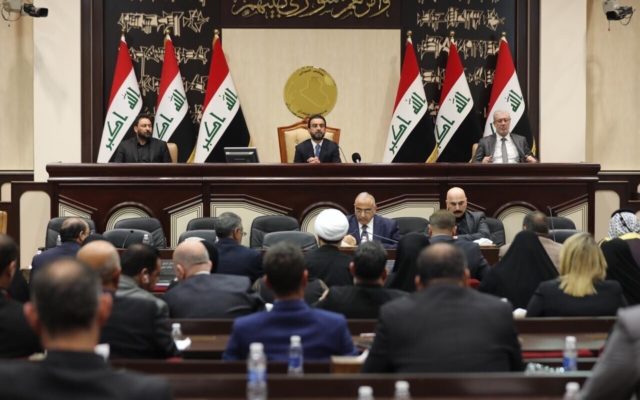 BAGHDAD (AP) – A push to oust U.S. troops from Iraq is gaining momentum, bolstered by a Parliament vote in favor of a bill calling on the Iraqi government remove them. But the path forward is unclear. In Iraq’s deeply divided terrain, with a resigned prime minister and raging proxy war between Iran and the U.S., ending America’s 17-year military presence in Iraq is a risky undertaking and won’t be easy. It could lead to a resurgence of the Islamic State group and further entrench Iran.