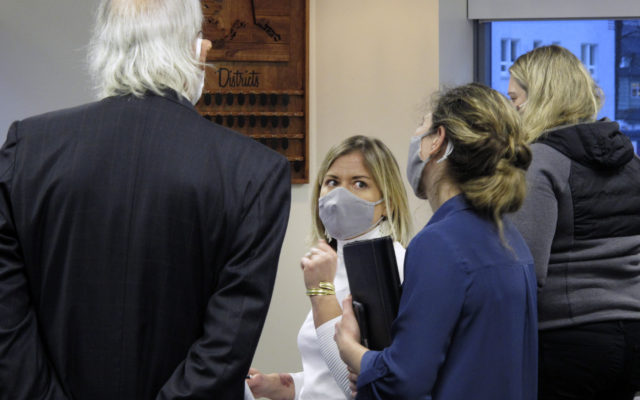 By BECKY BOHRER Associated Press
JUNEAU, Alaska (AP) — A recount Friday affirmed a win by Democrat Liz Snyder over Republican House Minority Leader Lance Pruitt for an Anchorage House seat, though her margin of victory narrowed slightly. Results certified Monday showed Snyder had defeated Pruitt by 13 votes. But Friday’s recount showed an 11-vote margin of victory, with 4,574 for Snyder and 4,563 for Pruitt. This year’s election was a rematch from 2018, when Snyder lost to Pruitt. The recount was not requested by Pruitt but by 11 others identified in their petition as voters in the Anchorage House district. An attorney representing the group that requested the recount and Snyder each described the recount process as smooth.