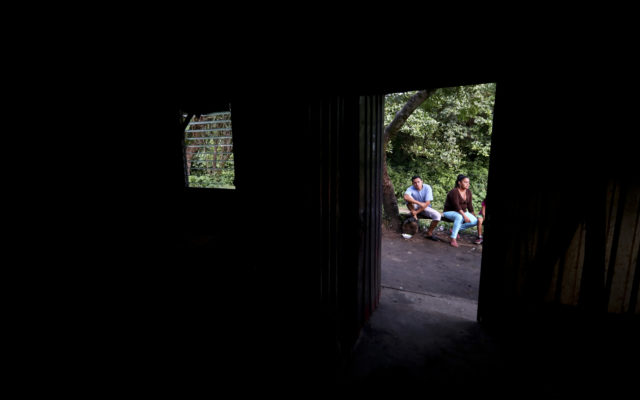 In this Oct. 12, 2019 photo, members of a family sit outside their makeshift house, after being threatened by gangs in Oratorio de Concepcion, El Salvador. (AP Photo/Eduardo Verdugo)

WASHINGTON (AP) – Human Rights Watch says at least 138 people deported from the U.S. to El Salvador in recent years were subsequently killed in the Central American country. The group says a majority of those deportees were killed within a year and some within days of returning to a country with the highest homicide rate in the Western Hemisphere. A report being released by the group Wednesday also documented at least 70 cases of sexual assault and other violence against deportees. It comes as the Trump administration works to discourage Central Americans from trying to claim asylum in the U.S.