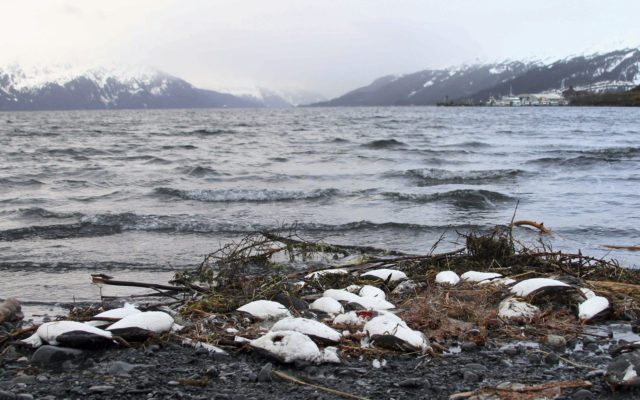 ANCHORAGE, Alaska (AP) – Hundreds of thousands of common murres, a fast-flying seabird, died from starvation four winters ago in the North Pacific, and a new research paper attempts to explain why. Lead author John Piatt of the U.S. Geological Survey says common murres were ambushed by effects of the marine heatwave that raised ocean temperatures for more than 700 days. The conditions lowered the nutritional value of small forage fish that murres eat and increased the metabolism of large fish that compete with murres for the available forage fish. áResearchers say murres starved and other top predators suffered because of the heatwave’s effect on forage fish.