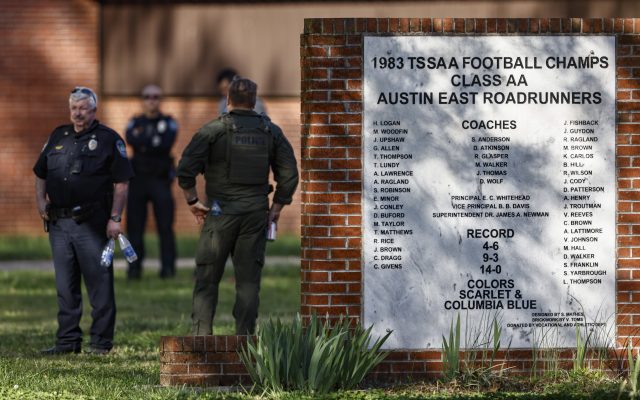 By ADRIAN SAINZ Associated Press
Authorities say a police officer wounded in a shooting at a Tennessee high school is a 20-year veteran of the force who worked as a resource officer at the school. Officials say Knoxville Police Officer Adam Willson is recovering from surgery Tuesday after being shot in the upper leg at Austin-East Magnet School city on Monday. Authorities say Willson was wounded when a student opened fire on officers responding to a report of a possible gunman at the school about 15 minutes before afternoon dismissal. Police fired back and killed the student, who has not been identified.