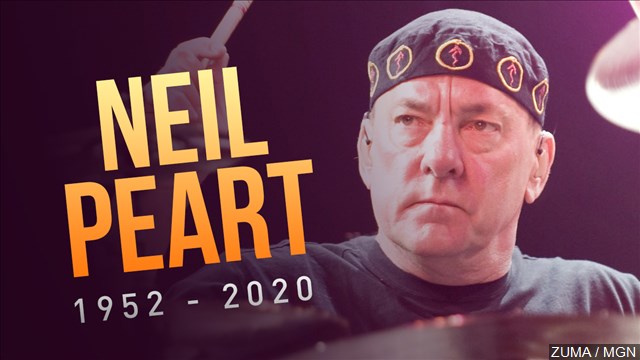 The drummer of the legendary band Rush is dead. Multiple reports say Neil Peart died on Tuesday at the age of 67. A family spokesperson tells Rolling Stone brain cancer took Peart’s life. Peart was also the lyricist for the band that was inducted into the Rock and Roll Hall of Fame in 2013.