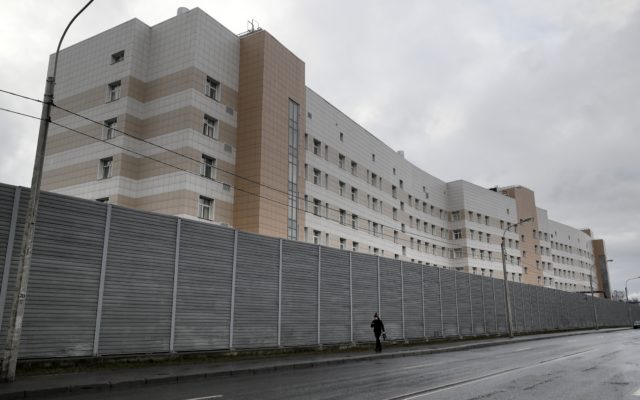 A man walks past a fence in front of the Botkin hospital in St. Petersburg, Russia, Wednesday, Feb. 12, 2020. A patient has fled the hospital where she was quarantined after coming down with a sore throat after returning to St. Petersburg from Hainan in China. (AP Photo/Dmitri Lovetsky)

BERLIN (AP) – Russia says it will temporarily ban Chinese nationals from entering the country amid the outbreak of the new virus centered in China that has infected more than 73,000 people. A decree signed Tuesday by the Russian prime minister says the entry ban goes into effect on Thursday at midnight Moscow time (2100 GMT). Officials said the ban was approved due to the “worsening epidemiological situation” in China. Meanwhile, Germany says it will send to China a second shipment of medical aid supplies, worth 150,000 euros ($162,000), to help fight the epidemic. The shipment will include protection gear and disinfectants. The virus has killed 1,868 patients in mainland China and five elsewhere, including one in France.