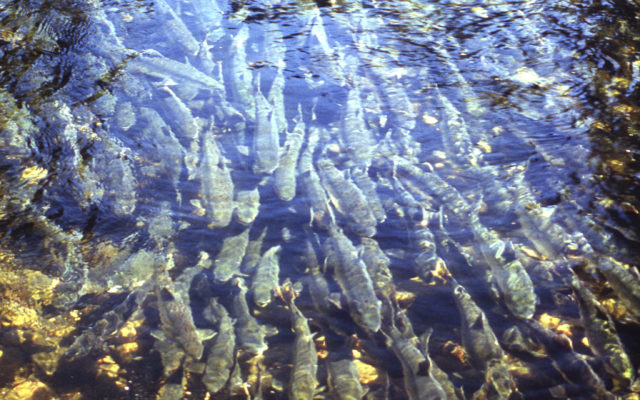 By DAN JOLING
Associated Press
ANCHORAGE, Alaska (AP) – Researchers have begun questioning whether there’s too much of a good thing in the waters of the North Pacific Ocean.

Wild populations of pink salmon are flourishing. Their numbers are enhanced by the annual release of 1.8 billion fish from Alaska hatcheries and critics say they’re having an effect on other species.

Biological oceanographer Sonia Batten examined 15 years of data and noticed that zooplankton was abundant in even-number years and less abundant in odd-number years. That corresponds with even-odd variations in pink salmon abundance.

State regulators say they have no evidence that the ocean has reached its carrying capacity for hatchery fish, which brought sales averaging $120 million for 2012 through 2017.