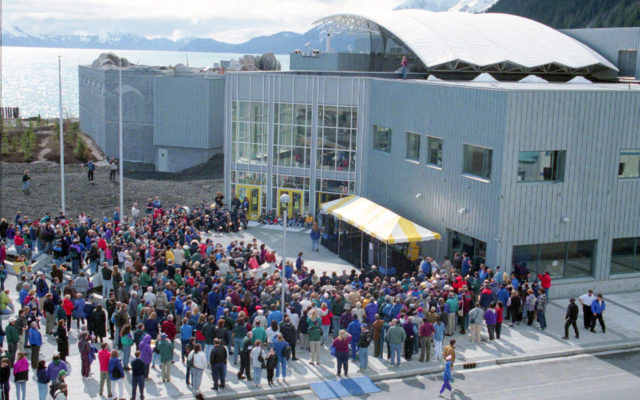 FILE - In this May 2, 1998 file photo, people attend the official opening of the Alaska SeaLife Center, a wildlife hospital and research center on the shores of Resurrection Bay in Seward, Alaska. (AP Photo/Al Grillo, File)

KENAI, Alaska ((Kenai, Alaska) Peninsula Clarion) — A female Steller sea lion at the Alaska SeaLife Center is pregnant and expected to give birth within months. The Peninsula Clarion reported the sea lion named Mara would be only the second of her species to give birth at the center in Seward. SeaLife Center Husbandry Director Lisa Hartman says Mara will not be used to breed again because she is now 17. Most Steller sea lions normally live to their early 20s in captivity. The father is a 10-year-old at the center named Pilot. The center has previously hosted four other births by a seal named Eden.