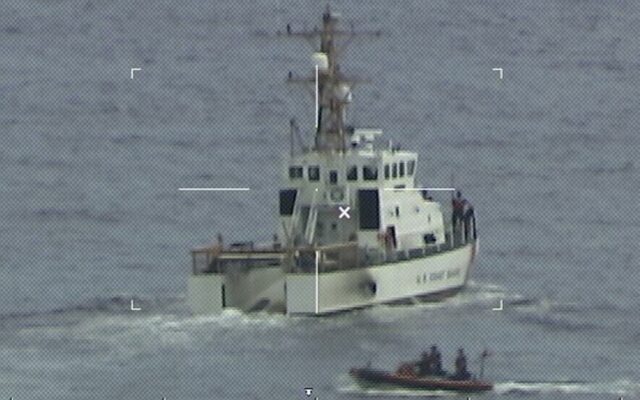 SEATTLE (AP) — Four participants in an annual marine race from Washington state to Alaska were rescued by the U.S. Coast Guard Monday when some of the contestants’ sailboats capsized.

Event organizers said in a statement that the occupants on seven boats had dropped out of the race by 1 p.m. because of rough waters across the Strait of Juan de Fuca northwest of Seattle, KOMO-TV reported.

Three contestants were hoisted from the water by the U.S. Coast Guard and one was rescued by a boat operated by race organizers. All four people rescued were taken to a hospital after showing signs of hypothermia, KING-5 reported.

The Coast Guard said the remaining participants on Monday took shelter near Protection Island, Dungeness Spit or returned to land. A Coast Guard patrol boat remained in the area and was ready to respond. One photo tweeted by the Coast Guard showed a yellow catamaran sailboat that had flipped over.

The event is in its sixth year and draws contestants from across the country with a goal of being first to get from Port Townsend, Washington, to Ketchikan, Alaska, on a non-motorized vessel that is completely self-supported.