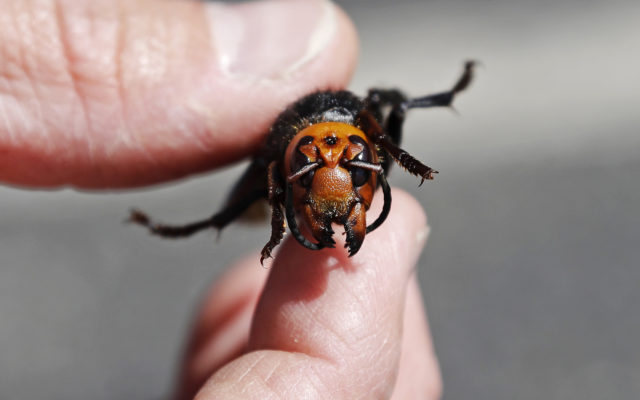 By NICHOLAS K. GERANIOS Associated Press
SPOKANE, Wash. (AP) — Officials are trying to find and destroy a nest of Asian giant hornets believed to be near a Washington state farm town. The hornets are also sometimes called murder hornets and kill honey bees that berry farmers rely on to pollinate their crops. the Washington state Department of Agriculture announced Friday it found evidence of six of the hornets over the the past week near the town of Blaine. The Asian giant hornet is the world’s largest at 2 inches and can decimate entire hives of honeybees and deliver painful stings to humans. Residents of the area are reporting sightings of the hornets to officials