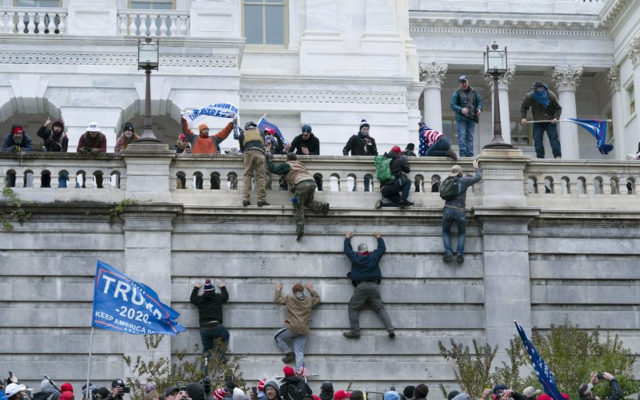 HARRISBURG, Pa. (AP) — The son of a prominent conservative activist is accused of being inside the U.S. Capitol during the deadly riot on Jan. 6. Leo Brent Bozell IV, of Palmyra, Pennsylvania, was charged with obstructing an official proceeding, entering a restricted building and disorderly conduct in a newly unsealed FBI affidavit filed in federal court in Washington, D.C. Bozell is the son of Brent Bozell III, who founded the Media Research Center, Parents Television Council and other conservative media organizations. The 41-year-old was seen on video while in the Senate chamber and exiting the Capitol. His lawyer didn’t return an email Wednesday.