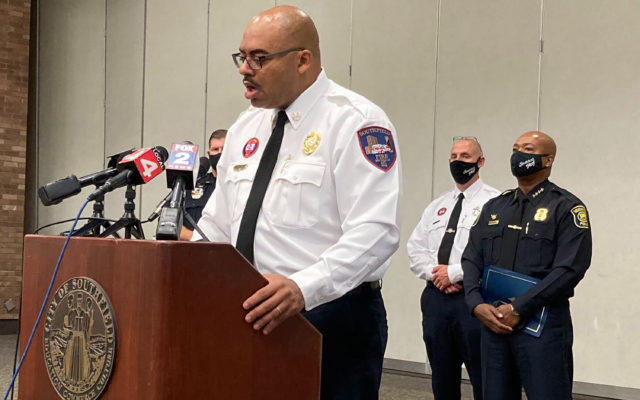 Southfield, Mich., Fire Chief Johnny Menifee holds a news conference on Wednesday, Aug. 26, 2020, in Southfield, Mich., in response to questions about a woman, Timesha Beauchamp, who was found alive at a funeral home. A Southfield emergency medical crew said there were no signs of life when they were called to Beauchamp's home on Aug. 23, 2020. (AP Photo/Ed White)