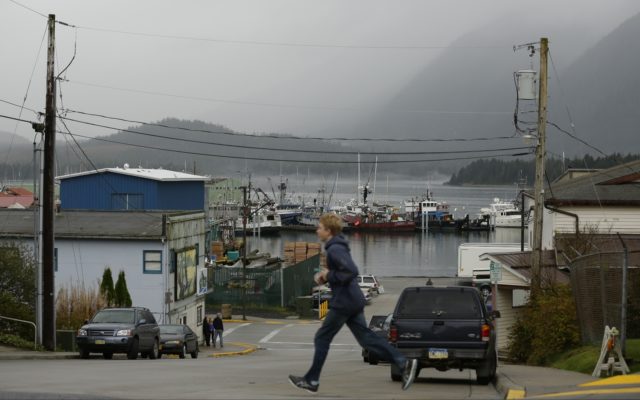 In this Oct. 9, 2014 photo, a boy runs across a street in the fishing town of Petersburg, Alaska. (AP Photo/Ted S. Warren)

JUNEAU, Alaska (AP) – A spokesman for Alaska Gov. Mike Dunleavy says meetings planned in Petersburg will need to be rescheduled due to bad weather. Dunleavy’s office on Friday announced plans for town halls in Petersburg on Monday and Wrangell on Tuesday as part of what it billed as the start of a town hall series. Dunleavy said he planned to meet with city, school and tribal leaders and others in communities in where he holds town halls. Dunleavy spokesman Jeff Turner on Monday cited poor weather in saying the Petersburg trip would need to be rescheduled.