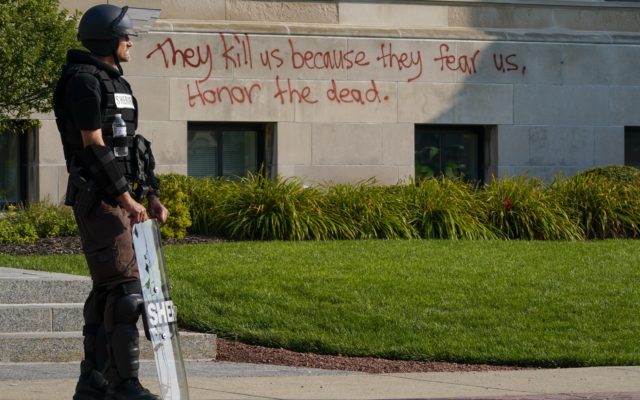 By SCOTT BAUER and TERESA CRAWFORD Associated Press
WAUKEGAN, Ill. (AP) — A 17-year-old in Illinois accused of killing two protesters days after Jacob Blake was shot by police in Kenosha, Wisconsin, is fighting his return to Wisconsin to face homicide charges that could put him in prison for life. John Pierce, an attorney for Kyle Rittenhouse, said during a brief hearing Friday that he intends to fight extradition. Judge Paul Novak gave the defense 14 days to review papers and file pleadings ahead of an Oct. 9 hearing. Rittenhouse surrendered to police in his howetown of Antioch, Illinois, a day after prosecutors say he shot and killed two and wounded a third on the streets of Kenosha on Aug. 25. His attorneys have said Rittenhouse acted in self-defense.