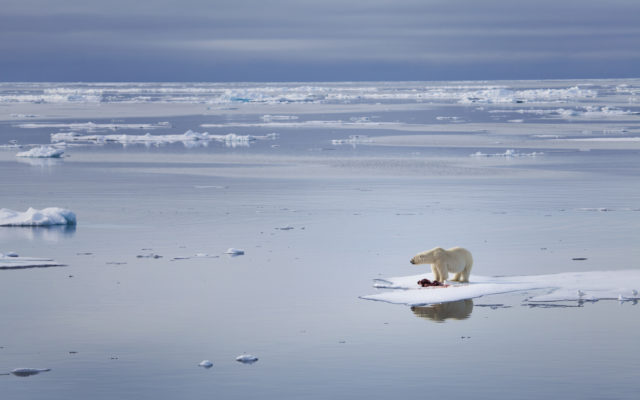 ANCHORAGE, Alaska (AP) — The ice has gone out on the Tanana River, bringing to an end this year’s Nenana Ice Classic, one of Alaska’s most famous guessing games.

The game involves placing bets on when the ice will break up and move out on the Tanana River, and it ends when a tripod moves far enough down the river to trip a clock, Anchorage TV station KTUU reported.

The tripod is hooked to a rope and lever that trigger the stopping of the clock when it moves far enough down the river. The tripod toppled over on Sunday but at that time had not moved far enough to trip the clock.

This year’s jackpot is $242,923. Forness said guesses were still being entered into a database and the classic would contact the winners when that process was complete. She said they should have the information in a few days.

The event began in 1917 as a bet among railroad engineers waiting for the river ice to break up. People pay $2.50 per ticket to enter.

Nenana is about 55 miles (88.51 kilometers) southwest of Fairbanks.