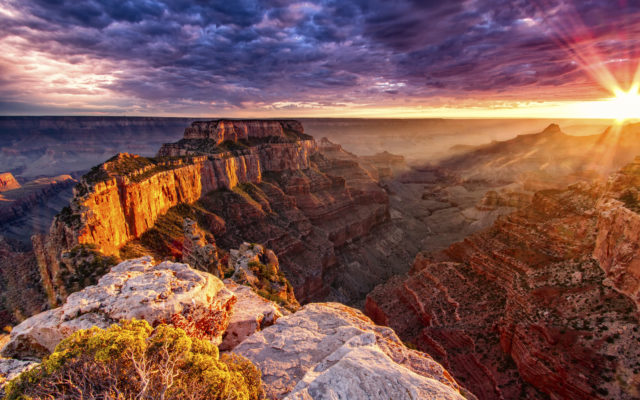 By FELICIA FONSECA and MATT YORK The Associated Press
GRAND CANYON NATIONAL PARK, Ariz. (AP) — Tourists are once again roaming portions of Grand Canyon National Park after some areas reopened Friday, despite concerns that it could hurt efforts to control the coronavirus. During the early morning, more than two dozen people were enjoying some viewpoints along the South Rim. Park officials say the South Rim entrance will only be open until 10 a.m. through Monday. Visitors will have limited access to viewpoints and other sites. Officials on the hard-hit Navajo Nation, which stretches into northern Arizona, expressed disappointment at the reopening. There have been at least 3,740 positive cases and 127 deaths on the reservation, which also includes parts of New Mexico and Utah.