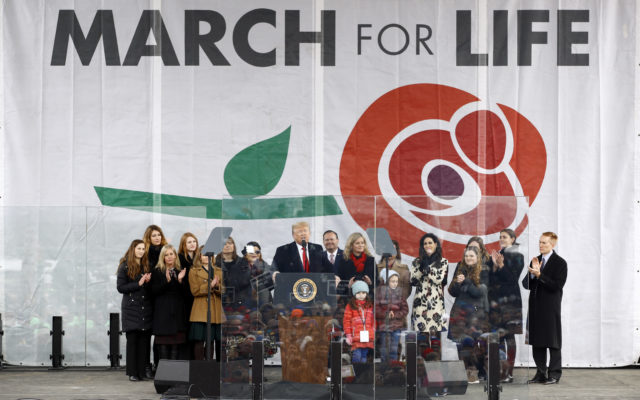 WASHINGTON (AP) – President Donald Trump called it his “profound honor” on Friday to be the first president to attend the annual anti-abortion gathering in Washington called the March for Life. He used his speech to attack Democrats as embracing “radical and extreme positions” on abortion. He praised those attending the event, saying “unborn children have never had a stronger defender in the White House.” Trump once declared in a 1999 interview that he is “pro-choice in every respect.” Now, as he heads into the 2020 election, Trump continues to reach out to the white evangelical voters who have proven to be among his most loyal backers.