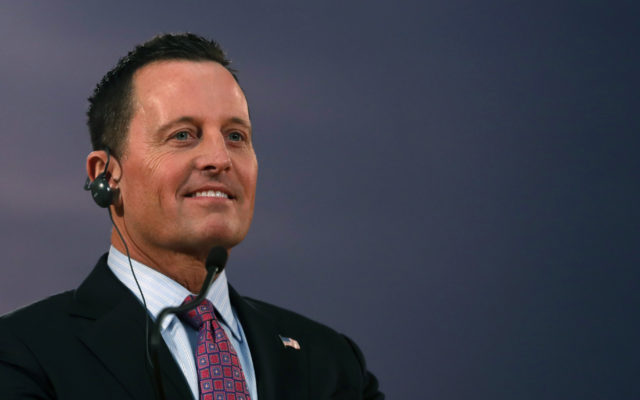 WASHINGTON (AP) – President Donald Trump has made an unconventional pick to oversee the intelligence agencies he dismisses as the “deep state.” Richard Grenell has been an unusually undiplomatic U.S. ambassador to Germany since April 2018. He became acting Director of National Intelligence on Thursday. Most of his prior experience has been in politics and media affairs. He lacks the extensive intelligence background of the outgoing director and previous directors. He’s expected to hold the job for less than a year and to remain an ambassador, which is also unusual. The White House says he’s committed to a nonpartisan approach to the job.