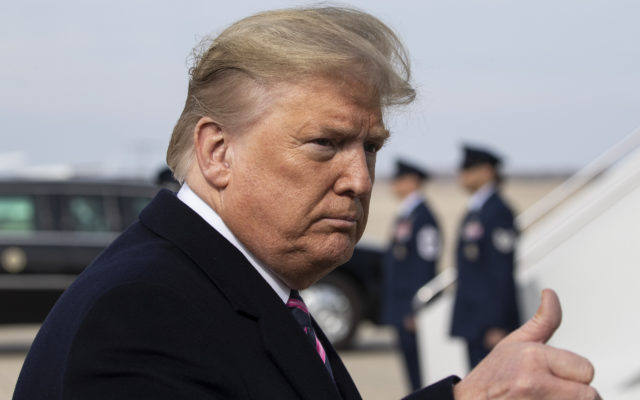 President Donald Trump gives thumbs up after speaking with the media as he boards Air Force One as he departs Tuesday, Feb. 18, 2020, at Andrews Air Force Base, Md.(AP Photo/Alex Brandon)

WASHINGTON (AP) — President Donald Trump is asking Congress to unleash a torrent of emergency economic aid to help people through the financial pain of the coronavirus crisis. Sizable checks directly to Americans are part of the deal he wants. Treasury Secretary Steven Mnuchin says Trump wants the money sent to the public within two weeks. But the president has to deal with skepticism in Congress over the broad economic rescue package for businesses and taxpayers. The amount of the proposed checks hasn’t been disclosed but Mnuchin says it’s vital to get significant cash out to people quickly.