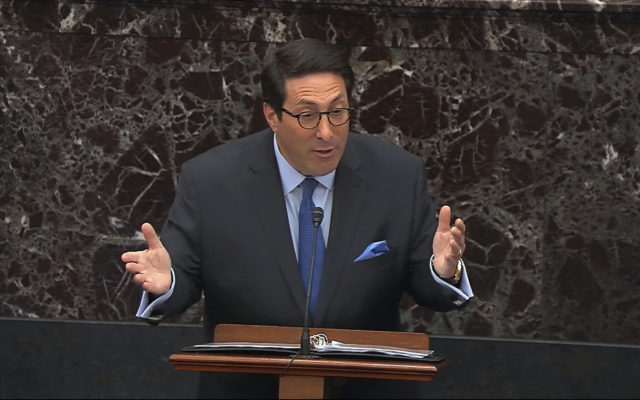 WASHINGTON (AP) – President Donald Trump’s legal team is making a forceful case against the relevance of possible testimony from former national security adviser John Bolton. The lawyers are nearing the end of their defense, and the Senate is braced for debate on whether to allow Bolton and other witnesses into the impeachment trial. Attorney Jay Sekulow took a dismissive swipe at an unpublished book by Bolton that is said to contradict a key defense argument about Trump’s dealings with Ukraine. Revelations about that book have clouded White House hopes for a big finish Tuesday as well as a swift end to the impeachment trial.