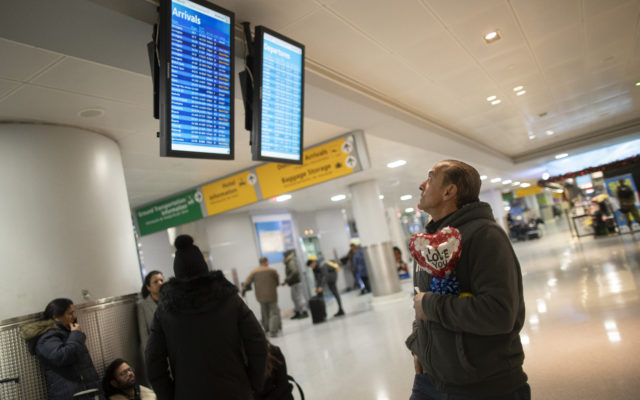 In this Dec. 3, 2019, photo, Mohammed Hafar checks the arrivals road while waiting for his daughter Jana Hafar's flight at JFK Airport in New York. Mohammed Hafar was part of a federal lawsuit filed in August of this year over the travel ban waiver process. (AP Photo/Mary Altaffer)

WASHINGTON (AP) – President Donald Trump says the U.S. will soon be adding visa restrictions for more countries – though it’s not clear yet how many nations will be affected by his expansion of the travel ban. Seven additional nations were listed in a draft of the proposed restrictions. But the countries have been told by Homeland Security officials that they can avoid being included if they make changes before an announcement is made. That’s according to two administration officials who spoke to The Associated Press on condition of anonymity to discuss ongoing negotiations. The officials say the tentative list included Belarus, Eritrea, Kyrgyzstan, Myanmar, Nigeria, Sudan and Tanzania.