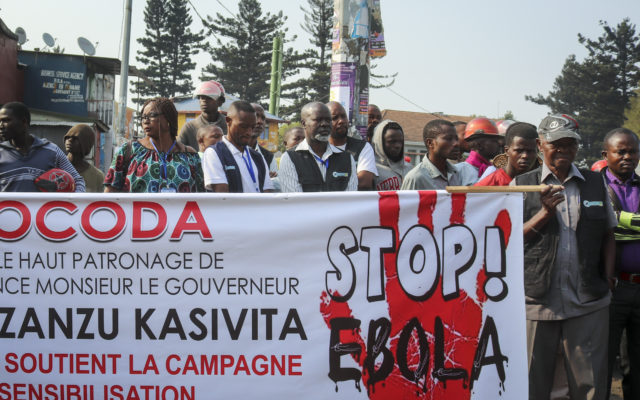 Residents march to raise awareness about Ebola, in the city of Goma, in eastern Congo Thursday, Aug. 22, 2019. (AP Photo/Justin Kabumba)

GENEVA (AP) – The World Health Organization says although signs are “extremely positive” in Congo that the Ebola outbreak is winding down, the epidemic remains a global health emergency. WHO’s director-general said the Ebola outbreak is still worrying as long as there is a single case in the highly unstable region of eastern Congo. Health workers attempting to stop Ebola have come under repeated attacks from numerous armed groups. More than 2,200 people have been killed by the virus. WHO said it hoped the Ebola outbreak would be over by the time its expert group meets again, likely within three months.