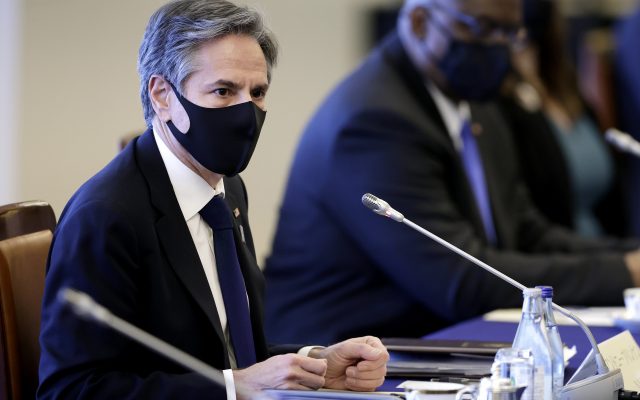 By MATTHEW LEE and MARK THIESSEN Associated Press
ANCHORAGE, Alaska (AP) — Top U.S. and Chinese officials have wrapped up two days of contentious talks in Alaska after having traded sharp and unusually public barbs over vastly different views of each other and the world in their first face-to-face meeting since President Joe Biden took office. The two sides finished their meetings on Friday after an opening session in which they attacked each other with few diplomatic niceties. The U.S. has accused the Chinese delegation of “grandstanding” and Beijing has fired back, saying there was a “strong smell of gunpowder and drama” that was entirely the fault of the Americans.