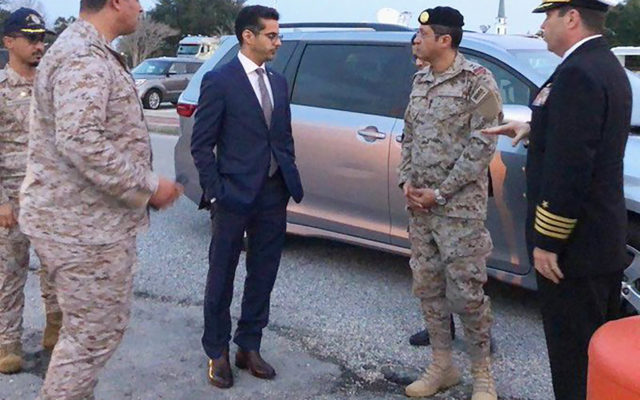 In this Dec. 9, 2019 photo made available by the FBI, Saudi Arabia Defense Attaché Major General Fawaz Al Fawaz (second from right) meets with Saudi students at the NAS Pensacola base in Pensacola, Fla. (FBI via AP)

WASHINGTON (AP) – The Pentagon says that U.S. training for more than 800 Saudi Arabian military students could be restarted “in the coming days.” It was nearly six weeks when a shooting by one Saudi trainee killed three sailors at a Florida base. The Pentagon had stopped all flight and field training for the approximately 850 Saudi students amid fears that others may have known about or been involved in the shooting at the Pensacola Naval Air Station. Classroom training has continued. The U.S. has completed security screenings of all the students, and on Monday, the Justice Department announced that 21 were being sent home.