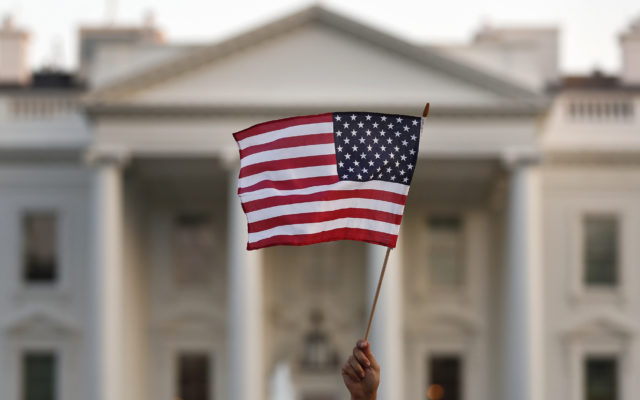 FILE - In this Sept. 2017 file photo, a flag is waved outside the White House, in Washington. (AP Photo/Carolyn Kaster)

WASHINGTON (AP) – The Trump administration is coming out with new visa restrictions aimed at restricting a practice known as “birth tourism.” That refers to cases when women travel to the United States to give birth so their children can have U.S. citizenship. According to two officials, the State Department rules will be publicized Thursday. The rules would make it more difficult for pregnant women to travel on tourist visas. They would have to clear an additional hurdle before obtaining the visas. They’d have to convince a consular officer that they have another legitimate reason to come to the U.S.