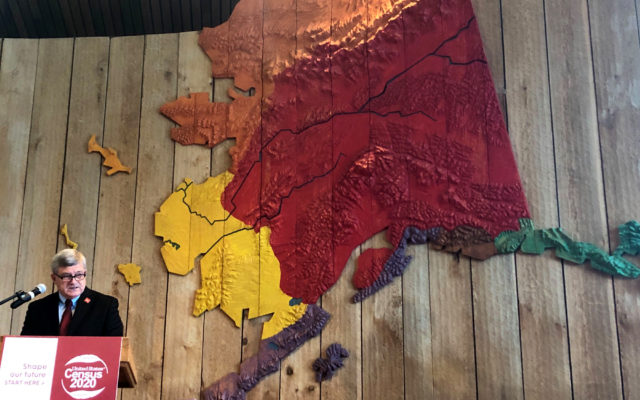 By MARK THIESSEN and MIKE SCHNEIDER
Associated Press
ANCHORAGE, Alaska (AP) – The 2020 Census will begin next week in rural Alaska. The Census always starts in remote parts of the nation’s largest state out of tradition and necessity. It’s easier for Census workers to travel on frozen ground than after the thaw. Plus, they are likely to get more residents, who tend to leave for hunting and fishing grounds after the thaw. The first count will be conducted Tuesday in Toksook Bay, located on Nelson Island just off Alaska’s western coast. Census Director Steven Dillingham will conduct the first count, but is doing Census outreach this weekend in Anchorage before flying west.