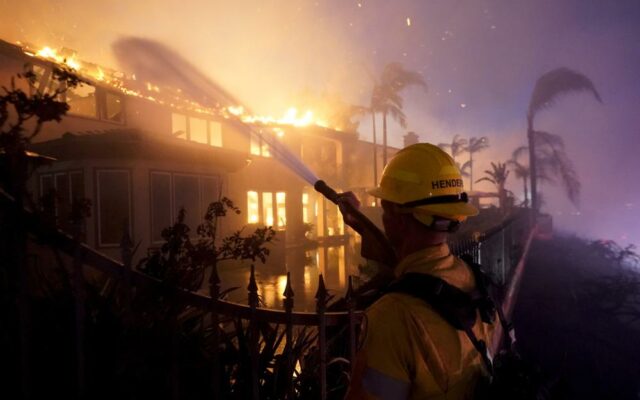 ANCHORAGE, Alaska (AP) — Witnesses heard a loud bang or snap before a helicopter supporting firefighter operations near the community of Anderson separated and then crashed last month, killing the pilot.

It was the first fatality related to Alaska wildfires in 22 years, according to the Alaska Division of Forestry and Wildlife Management.

Numerous witnesses said the Bell UH1B helicopter piloted by Douglas Ritchie, 56, of Wasilla, had a normal liftoff June 26 from the airport in Clear, according to a preliminary accident report from the National Transportation Safety Board released Thursday.

He was attempting to take equipment to firefighters battling the Clear fire in the Denali Borough by carrying it with a long line attached to a hook under the helicopter.

The report did not provide a probable cause for the accident, which will come later.

After the loud noise was heard, witnesses said the helicopter “bucked,” rolled right and began going to the ground.

It’s seen hovering with a long line fully extended below the helicopter, with the hook about 15 feet (4.57 meters) above the ground.

“As the pilot maneuvered the helicopter to hook up to the external load, a loud mechanical noise is heard, and a shudder is seen radiating through the helicopter,” the report said.

The transmission was found with the rotor head and blades still attached about 20 feet (6.10 meters) from the main wreckage, the report said.

The state Division of Forestry and Fire Protection has said it contracted the helicopter, which was operated by Northern Pioneer Helicopters, to help with the fire.

Ritchie had worked for the company for 12 years and held the title of lead pilot, a biography on the company’s webpage said.

The last firefighter to die in Alaska was a smokejumper who was killed in a training accident in 2000.