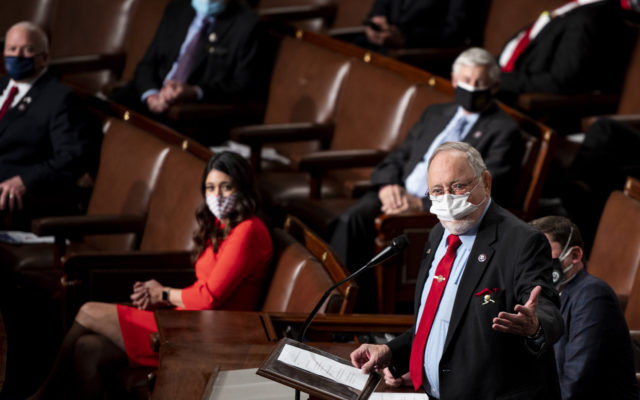 Rep. Don Young, R-Alaska, speaks on the House floor on opening day of the 117th Congress at the U.S. Capitol in Washington, Sunday, Jan. 3, 2021. (Bill Clark/Pool via AP)

By BECKY BOHRER Associated Press
JUNEAU, Alaska (AP) — Alaska U.S. Rep. Don Young has voted against impeaching President Donald Trump on a charge of incitement of insurrection, one week after a deadly mob siege of the U.S. Capitol. Young said in a social media post that he does not think impeaching a president in the last week of his term is the best way forward for the country. The House vote to impeach was 232-197. U.S. Sen. Lisa Murkowski told Alaska’s News Source she believes Trump had committed an impeachable offense but did not say definitively whether she would vote to convict him. She cited a need to hear Trump’s defense.