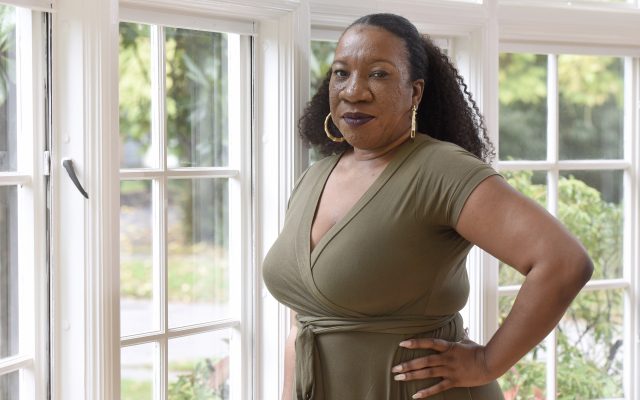 Tarana Burke, founder and leader of the #MeToo movement, stands in her home in Baltimore on Oct. 13, 2020. Black women and girls are now the focus of several high-profile philanthropic initiatives as major donors look to address the racial wealth gap and the long-chronicled funding disparity for organizations serving minority women. Teresa Younger, who helped launch The Black Girl Freedom Fund and its 1Billion4BlackGirls campaign in September with other Black women in philanthropy and activism — including Me Too Founder Tarana Burke — said that donors should be cautious about making assumptions in their giving. (AP Photo/Steve Ruark, file)

By HALELUYA HADERO AP Business Writer
The needs of Black women and girls have become a focus of philanthropic efforts as major donors seek to narrow a racial wealth gap and address chronic funding disparities for groups that serve minority women. This week’s guilty verdicts for Derek Chauvin, the former Minneapolis police officer whose murder of George Floyd sparked global protests against racial inequity, could lend momentum to initiatives from the Ford Foundation, Goldman Sachs and a group of activists and philanthropic leaders. Collectively, they are seeking to increase funding to organizations for Black girls and feminists, and enhance economic opportunities for Black women.