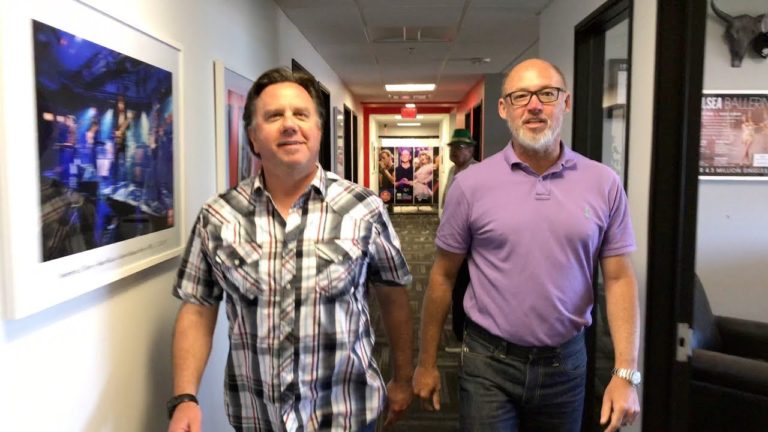 The hosts of The Armstrong & Getty Show dedicate every broadcast to the idea that you can be informed and involved–without being angry.

After all, laughter is the best medicine during these complicated times.

Jack Armstrong is a midwestern boy at heart. He and his wife Laura have two young sons, as well as two dogs, two cats, a horse, innumerable goats and several more beasts roaming throughout their property. After the kiddos finally wind-down each night, Jack is known to consume a healthy amount of cable news talk programming while simultaneously ingesting news from across the web (and even from actual newspapers!!).

Joe Getty grew up in Chicagoland where he met and married his wife Judy. After raising three kids, they’re now empty nesters who can often be found roaming various hillsides with their judgmental dog, Baxter. When he’s done preparing for the next broadcast, Joe sometimes plays guitar and records with his band “Joe Getty & The Dead Flowers”.

Listen to Armstrong & Getty weekdays from 2-5p on KFQD.

Connect With Us Listen To Us On