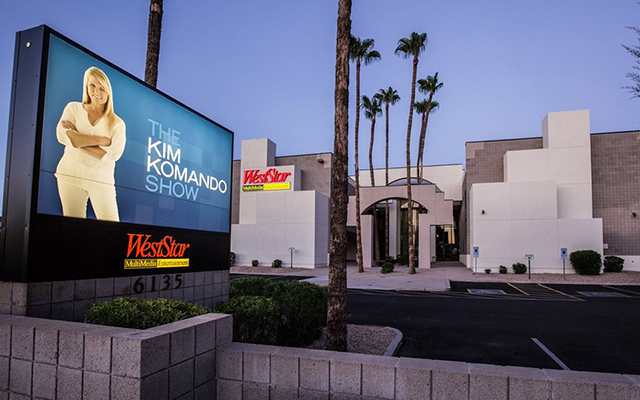 Kim’s weekly three-hour call-in talk radio show is heard (via her own national radio network) on over 425 stations. In addition, she does a Computer Minute radio feature five days a week; has written eight books about life in the digital age; sends out 5 million e-mail newsletters weekly; and authors a widely syndicated newspaper column, which also runs in USA Today.com. She does all of this, while raising a son and operating a growing media empire, with her husband and associate, Barry Young.

“I am relentless in my pursuits,” says Kim. “It’s a lot of hard work, but when you dig what you do, it makes it a lot more fun.”

A pioneer in marketing and training for home computers, recently voted by Talker’s Magazine “Woman of the Year” and the answer to a question in the game Trivial Pursuit, Kim has evolved into a national digital guru. “It’s not about techies and computer-troubleshooting anymore,” she says. “It’s now about a lifestyle – the lifestyle of a digital age.”

The Kim Komando show is sponsored by Alaska Communications.