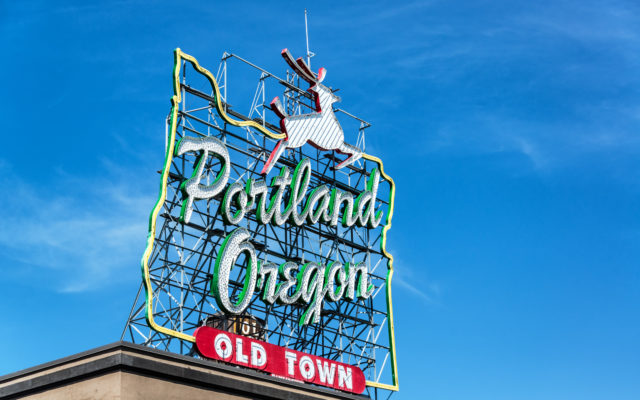 By SARA CLINE Associated Press/Report for America
Videos posted online appear to show a man punched and kicked unconscious by demonstrators just blocks away from a peaceful protest in Portland, Oregon. News outlets report the man had been driving a truck that crashed downtown Sunday night. Afterward, the man is seen sitting in the street. He appears to be punched and kicked in the head by demonstrators. A police spokesperson told The Oregonian that the man was taken to a hospital with serious injuries. A peaceful protest took place blocks away outside a U.S. courthouse. Demonstrations, often violent, have happened nightly in Portland for more than two months following the killing of George Floyd in Minneapolis.