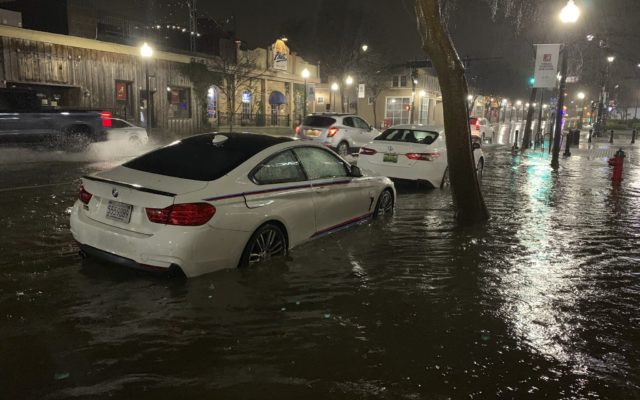 In this photo released by Adam Fowler, vehicles sit parked in on the side of a main road in floodwater, Wednesday, Feb. 6, 2020, in Tuscaloosa, Alabama. (Adam Fowler via AP)

BIRMINGHAM, Ala. (AP) – Roads are covered by flash floods and some schools are closing early after hours of heavy rains across the Deep South. Dozens of roads were under water in low-lying areas across the Tennessee Valley on Monday, and cars crept along flooded streets in downtown Birmingham. The heaviest rains fell across Mississippi and Alabama. But flash flood watches and warnings stretched from eastern Texas into the western Carolinas. The weather service says more than 2 inches of rain has fallen in some areas, and another 4 inches is possible by Tuesday afternoon. Parts of the region are still soggy from heavy rains last week.