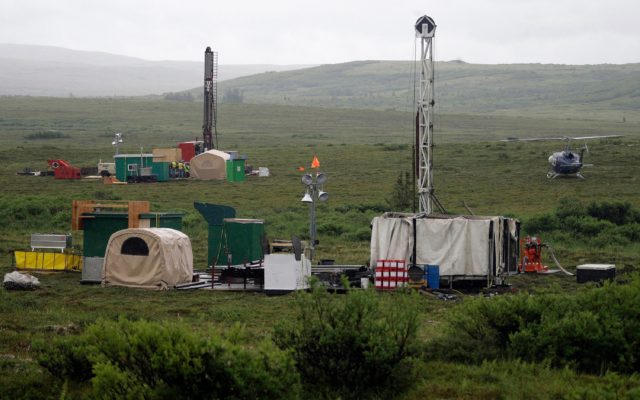 ANCHORAGE, Alaska (AP) — The U.S. Environmental Protection Agency on Thursday proposed restrictions that would block plans for a copper and gold mine in Alaska’s Bristol Bay region that is home to the world’s largest sockeye salmon run.

A statement from the regional EPA office said discharges of dredged or fill material into the waters of the U.S. within the proposed Pebble Mine footprint in southwest Alaska would “result in unacceptable adverse effects on salmon fishery areas.”

“This action would help protect salmon fishery areas that support world-class commercial and recreational fisheries, and that have sustained Alaska Native communities for thousands of years, supporting a subsistence-based way of life for one of the last intact wild salmon-based cultures in the world,” regional EPA administrator Casey Sixkiller said in a statement.

The decision will now be forwarded to the EPA Office of Water for the final determination. That office has 60 days to affirm, modify or rescind the recommendation.

The EPA regional office also proposed to restrict the discharge of dredged or fill material with any future proposal for Pebble Mine that would be similar in size or bigger than what is currently proposed.

Mine developer Pebble Limited Partnership, owned by Canada-based Northern Dynasty Minerals Ltd., called the EPA’s decision a preemptive veto. It described the decision as political and without legal, environmental or technical merit.

“We still firmly believe that the proposed determination should have been withdrawn as it is based on indefensible legal and non-scientific assumptions,” Pebble CEO John Shively said in a statement.

“Congress did not give the EPA broad authority to act as it has in the Pebble case. This is clearly a massive regulatory overreach by the EPA and well outside what Congress intended for the agency when it passed the Clean Water Act,” Shively said.

The debate over the proposed mine in an area of southwest Alaska known for its salmon runs has spanned several presidential administrations. The EPA has said the Bristol Bay region also contains significant mineral resources.

“After twenty years of Pebble hanging over our heads, the Biden Administration has the opportunity to follow through on its commitments by finalizing comprehensive, durable protections for our region as soon as possible,” Alannah Hurley, executive director for the United Tribes of Bristol Bay, said in a statement.