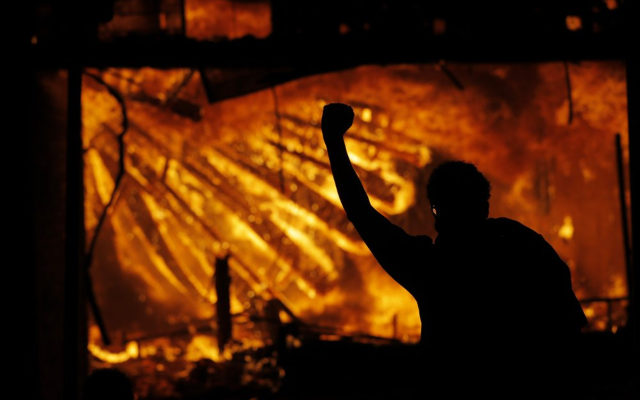 By AMANDA SEITZ Associated Press
CHICAGO (AP) — In the days since President Donald Trump blamed antifa activists for an eruption of violence at protests over police killings of black people, social media has lit up with false rumors that the far-left-leaning group is transporting people to wreak havoc on cities. Twitter even busted one of the instigators behind the fake social media chatter after determining that a tweet promising antifa planned to “move into residential areas” and “white” neighborhoods was sent by the white supremacy group Identity Evropa. The tweet was shared hundreds of times and cited in online news articles before Twitter removed it Monday, a company spokesperson said.