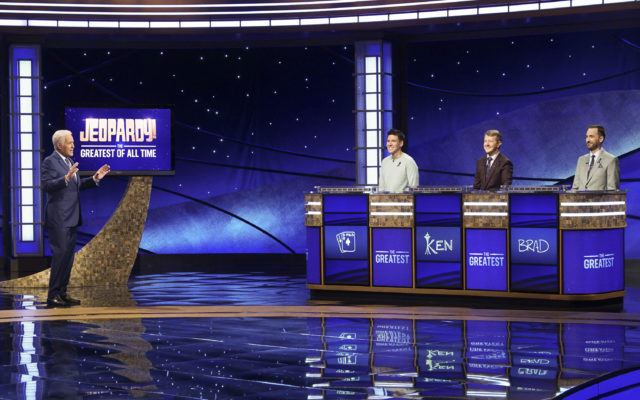 In this image released by ABC, host Alex Trebec, left, appear with contestants, James Holzhauer, center, Ken Jennings and Brad Rutter, right, on the set of "Jeopardy! The Greatest of All Time," in Los Angeles. (Eric McCandless/ABC via AP)

NEW YORK (AP) – Producers of the game show ‘Jeopardy!’ are apologizing for a mistake that put the show in a political controversy. A clue in a game last week required contestants to identify the site of the Church of the Nativity in Bethlehem. When one contestant said it was in Palestine, she was told she was incorrect and another contestant won $200 for answering Israel. Bethlehem is in an Israeli-controlled section of the West Bank that some countries recognize as Palestine and others, including the United States, do not. ‘Jeopardy!’ says it removed the question from the game, seeing it was problematic, but an incorrect version was sent to TV stations.