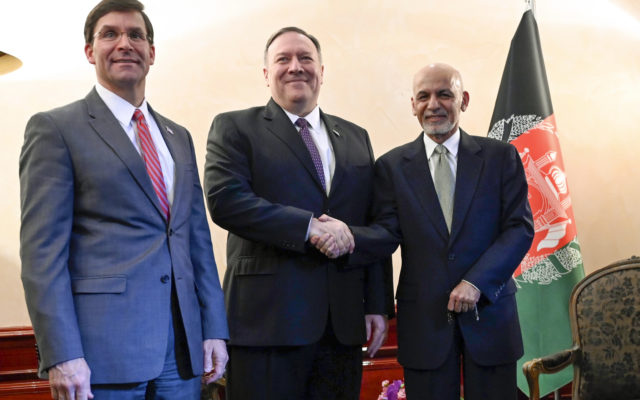 MUNICH (AP) – A senior U.S. official says the United States and the Taliban have reached a truce agreement that will take effect “very soon” and could lead to withdrawals of American troops from Afghanistan. The official said Friday the agreement for a seven-day “reduction in violence” to be followed by the start of all-Afghan peace talks within 10 days is “very specific” and covers the entire country including Afghan forces. The official spoke on condition of anonymity because the official wasn’t authorized to discuss details ahead of an official announcement. The developments came as U.S. Secretary of State Mike Pompeo and Defense Secretary Mark Esper met Friday in Munich with Afghanistan’s President Ashraf Ghani.