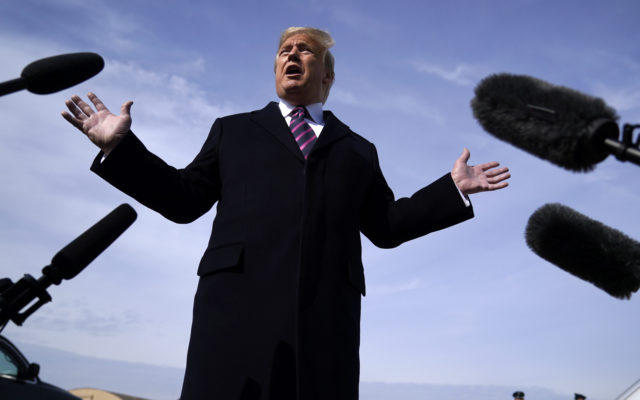 President Donald Trump talks to the media before he boards Air Force One for a trip to Los Angeles to attend a campaign fundraiser, Tuesday, Feb. 18, 2020, at Andrews Air Force Base, Md. (AP Photo/Evan Vucci)

ATLANTA (AP) — President Donald Trump says he told Georgia Gov. Brian Kemp that he “disagreed strongly” with Kemp’s decision to begin allowing some nonessential businesses to reopen this week. Speaking at a daily White House briefing Wednesday evening, Trump said he told Kemp he had misgivings over the governor’s plan, but would not stand in his way. Trump says the Republican governor is doing “what he thinks is right.” Kemp’s decision has been questioned because the state has yet to show continuing progress in those areas, and it could be difficult to catch up. Officials say there have been more than 21,000 infections in the state and at least 846 coronavirus-related deaths.