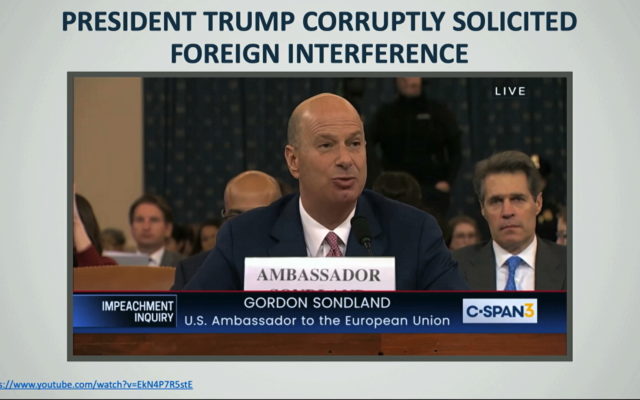 In this image from video, a video is displayed as House impeachment manager Rep. Adam Schiff, D-Calif., speaks during the impeachment trial against President Donald Trump in the Senate at the U.S. Capitol in Washington, Wednesday, Jan. 22, 2020. (Senate Television via AP)

WASHINGTON (AP) – President Donald Trump has ousted Gordon Sondland, his ambassador to the European Union, who delivered damaging testimony during the impeachment inquiry. Sondland says in a statement that Trump intends to recall him effectively immediately. The action comes just hours after Alexander Vindman, the decorated soldier and national security aide who played a central role in the impeachment case, was escorted out of the White House complex Friday.