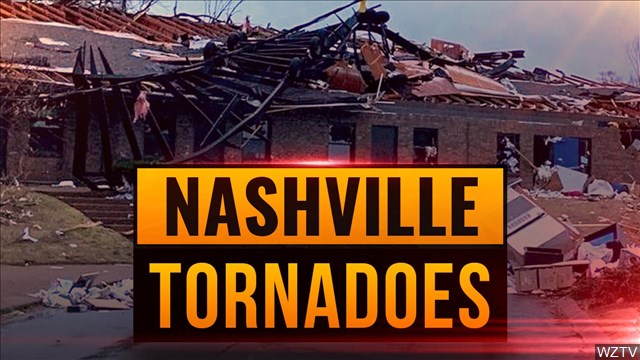 COOKEVILLE, Tenn. (AP) – President Donald Trump has toured a neighborhood in Tennessee reduced to rubble by a tornado earlier this week and marveled at “the tremendous heart” he witnessed. He also offered a message for survivors and those who lost family members, saying: “We love them, they’re special people.” Trump toured hard-hit communities in Putnam County, where a tornado tore a 2-mile-long path, killing 18 people, including five children under 13. Many more people were injured. Statewide, the death toll stood at 24 from a pair of storms. Trump toured one street Friday where eight people were killed. The street was filled with debris where houses once stood.