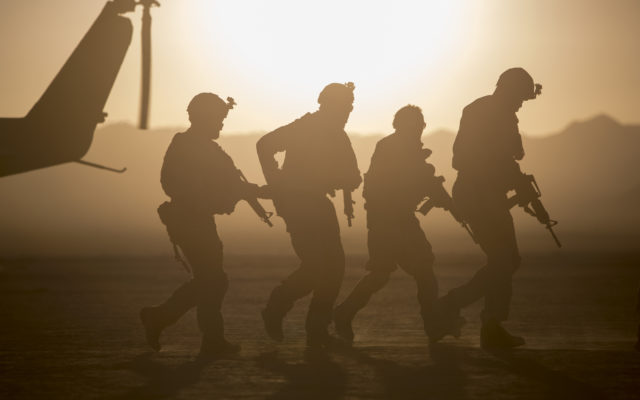 Silhouette of soldiers near helicopter in desert landscape

WASHINGTON (AP) – A U.S. official says American troops have begun leaving Afghanistan for the initial troop withdrawal required in the U.S.-Taliban peace agreement. The official said Monday that hundreds of troops are heading out of the country and will not be replaced as the U.S. moves ahead with plans to cut the number of forces in the country from about 13,000 to 8,600. The official spoke to The Associated Press on the condition of anonymity to discuss the movement ahead of an official announcement. Under the agreement, the U.S. troop withdrawal had to begin within 10 days after the peace deal was signed on Feb. 29.